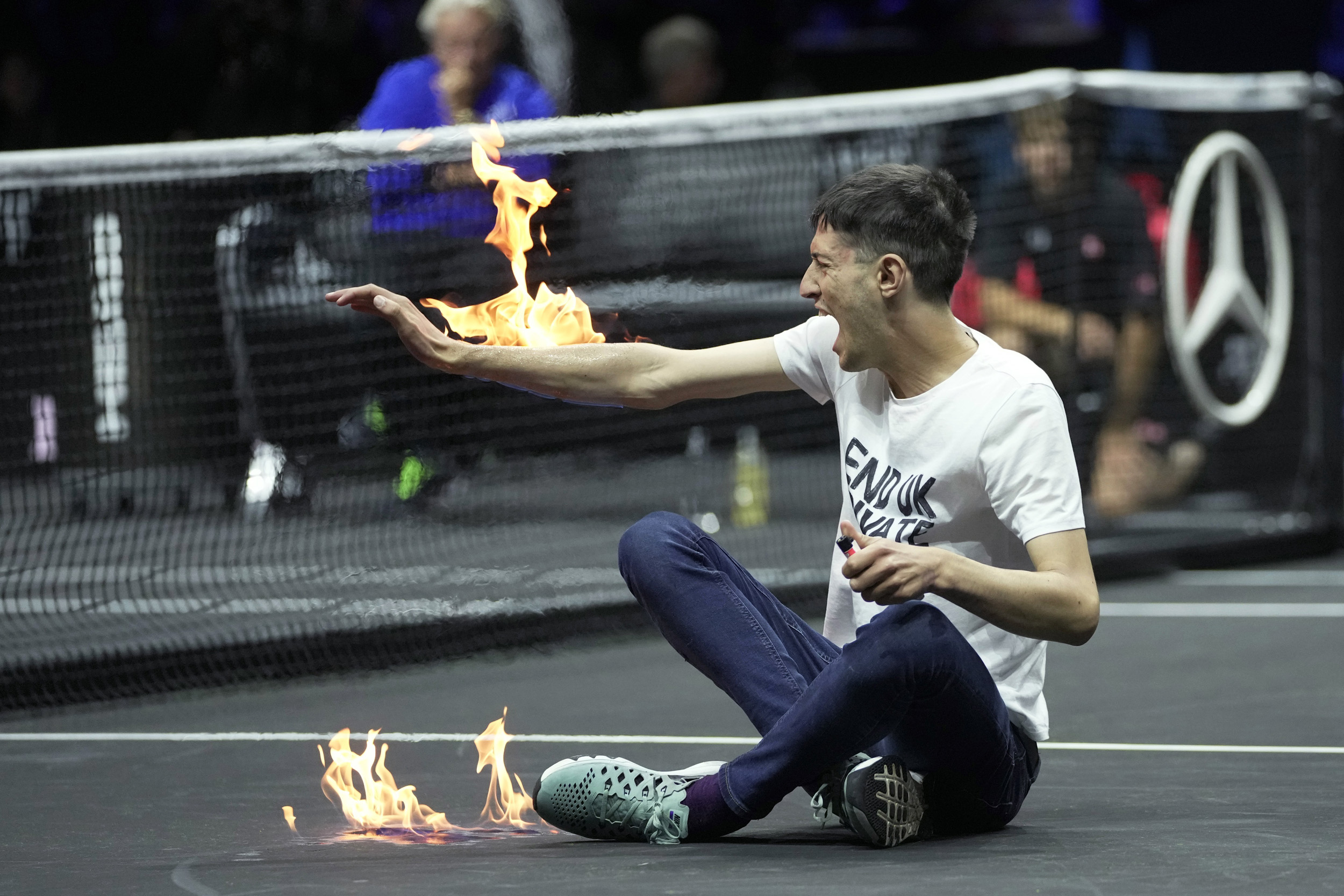 Stefanos Tsitsipas and Diego Schwartzman’s Laver Cup match was briefly halted on Friday afternoon after a man set his arm on fire to protest the use of private jets in Britain.

Greece’s Tsitsipas was in the midst of facing off against his Argentine opponent at the O2 Arena in London when the unidentified man stormed the field wearing a T-shirt that read “End UK Private Jets”.

Roger Federer is set to arrive on the field later in the day for the final of his career, with the 41-year-old taking on great rival Rafa Nadal to face American duo Jack Sock and Francis Tiafoe.

The pictures showed that the flames engulfed the man’s arm.

And soon security took him out of the stadium before the match resumed.

This is an urgent story. Check back for updates.

Minyvonne Burke is a breaking news reporter for NBC News.

Side Business Ideas for Millennials

7 astronauts with the longest time in space